How to open the heart chakra?

A real adventure and the chakra of the heart! But how to open it or more exactly how to balance, normalize and clean it so that it works to its full potential.

If you decide to research on the Internet by asking our Google friend the question: "how to open the heart chakra," you will see thousands of rather witty answers with lengthy explanations of the symptoms or meaning of a blocked heart. In order not to repeat the same thing as the others, I would like to propose a totally different approach to this chakra, a much more physical approach...

Anahata, heart chakra, who are you?

The heart chakra called Anahata, is located at the middle of the chest, between the solar plexus (joint of the ribs) and the throat. A chakra in yoga, is an energy center. There are 7 in the body, including the heart. But concretely, a chakra is neither more nor less physical than an endocrine gland that is attached to the nervous system of the spinal cord in the spine. 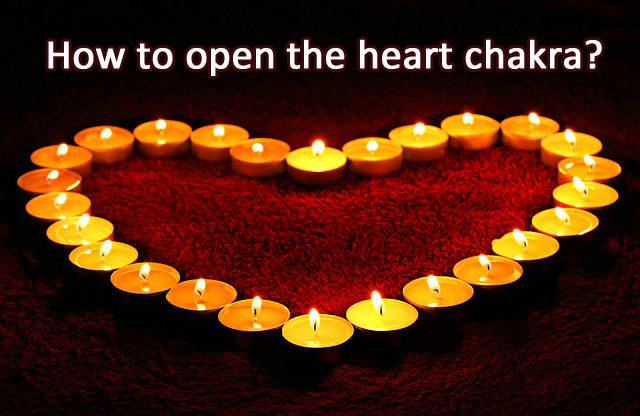 The heart chakra is thus connected to the thymus gland which is mainly responsible for the functioning of the immune system. At the physical level, the thymus produces white blood cells. If your heart chakra is blocked, your thymus would seize to produce enough white blood cells anymore and your defenses against infections and disease are weakened. It is the physical illness that is slowly settling down.

But obviously, this thymus also has an energetic aspect. It is seen in he that generates an electro-magnetic field around the body, more commonly called the aura. The more efficient your thymus is, the more powerful your electromagnetic field will be. And this one guarantees you an energy immunity. "Low" energies such as fear, sadness, hatred, anger, and other negative emotions cannot enter a powerful electro-magnetic field, and therefore an open and performing heart chakra.

Finally, the thymus also has a spiritual aspect with what might be called a psychic immune system. Concretely, the "negative" thoughts do not enter a spirit that is related to an open heart. Only "superior," bright and positive thoughts are highly accepted in this kind of spirit.

You realize the importance of having a heart chakra (thymus) perfectly open and unlocked.

How to clean the chakra of the heart?

There are many solutions on the Internet; the use of stones, energetic massage with a magnetizer, meditation music, and opening yoga postures such as cobra, but in my experience, there is a real exercise that is very powerful enough to open the heart, which I named the breath.

Just below the heart chakra is the solar plexus chakra (upper belly). Between the two at the physical level is the diaphragm known as the muscle of breathing that allows inspiration and exhalation by pulling the lungs.

One thing is certain; people with a blocked heart chakra often have a blocked diaphragm. One does not go without the other.

The solution? Unlock the diaphragm to release not only the heart chakra (anahata), but also the solar plexus chakra (manipura). Concretely, this is to increase the fluidity of breathing in order to make it more flexible and more fluid to allow the thymus and pancreas (solar plexus chakra gland) function perfectly.

Relearning how to breathe well will allow the physical cleaning of these chakras by circulating the fluids (blood and lymph), energetically by relaunching the digestive process and the generation of the aura, and spiritually by fluidifying the process of thoughts by unlocking the psychic knots (neuroses).

Breathing is a powerful tool that is used to release a blocked diaphragm and to exteriorize repressed emotions. Indeed, negative emotions are often the cause for the closure of the heart chakra. By physically freeing you from the old emotional blockages (in the diaphragm), you seem to liberate your heart energetically and spiritually.

You will be able to love yourself   and likewise others, while having a powerful immune system to protect you from negative entities (emotions, thoughts, people, etc.).

I also created a breathing technique to learn how to breathe well to free you from emotional blockages. Do not hesitate to discover it in order to clean your stuck heart and open your chakra anahata.

Previous article : How to relax a blocked solar plexus?

Next article : How to externalize your repressed emotions?