How to stop chronic hyperventilation syndrome?

A famous Ukrainian physiologist, Dr. Buteyko, said: "Hyperventilation is the cause of all diseases of today."

The opposing camp answered him: "No, hyperventilation is a symptom of the disease."

And the expert yogis in breathing were deciding: "the disease and the hyperventilation are linked, they influence each other." 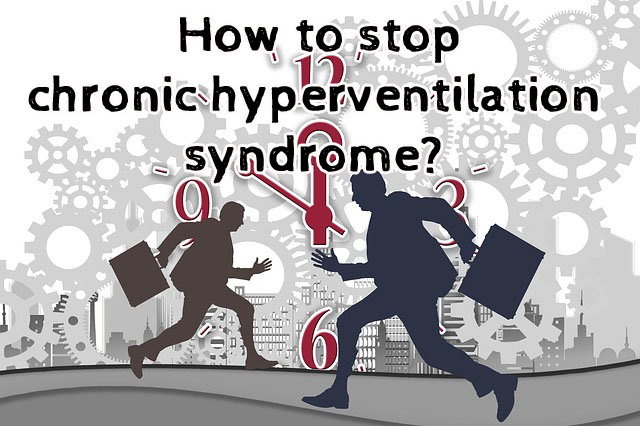 Both statements are completely true.

First, the intense hyperventilation caused by stress generates many very unpleasant physical and psychological symptoms, which we all have already experienced.

Most of the time, the following symptoms are put on the side of stress and anxiety.

But physiologically speaking, hyperventilation is the cause because it decreases our concentration of CO2, a crucial element for maintaining the acid-base balance of our body. 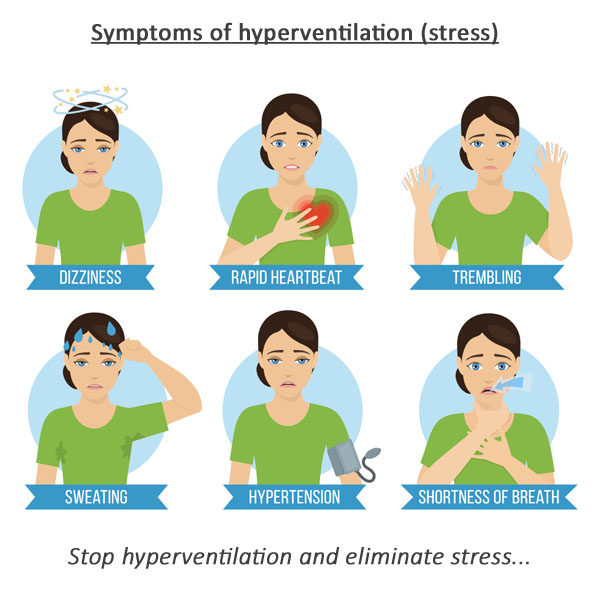 Secondly, this short and intense hyperventilation can become chronic in cases of prolonged stress.

This is a hazardous situation because our body should quickly recover its calm, calm, which is physiologically equivalent to its acid-base balance.

If this acceleration of breathing continues, it becomes a chronic hyperventilation syndrome. All of the above symptoms will become PERMANENT!

Welcome to the world of stress and suffering, physical, emotional, and psychic. 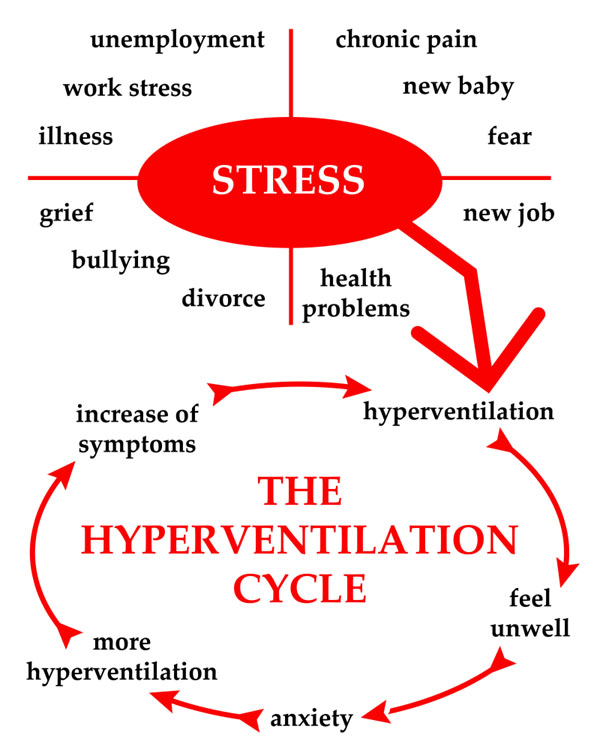 The current world is constantly hyperventilating, and the ever faster and more competitive society favors it more and more.

I invite you to check if you are hyperventilating with Dr. Buteyko, who has already developed an alternative health test to determine your breathing rhythm.

And third, whether physically or mentally, all sick people hyperventilate.

Just do some research on Google to see the many scientific studies that link hyperventilation with any other disease.

For example, by looking for "hyperventilation anxiety" (scientific studies are often in English), we have almost a million results.

As a child and a teenager, I have experienced many health problems myself.

At the time, medicine focused solely on the symptom and always prescribed the same antibiotics and the same treatments.

But quickly, in search of an alternative solution, I met the work of Dr. Buteyko, who said that all diseases, all imbalances, whatever they are, were actually caused by hyperventilation.

By performing his breath test, I got 9 seconds, which corresponds to intense chronic hyperventilation.

The absence of hyperventilation corresponds to 40 seconds, which is equivalent to so-called normal breathing.

I learned to calm my breathing and breathe less thanks to this method and Yoga and QiQong.

Quickly, as I stopped my hyperventilation, my test results increased, and magic... all my health problems disappeared.

I will let you imagine all the gratitude and admiration I feel for the practice of controlling breathing.

It's not for nothing that I made it a complete method called Intermittent Breathing.

Hyperventilation: what to do? The ultimate solution

It's a beautiful illusion that can last for years to come (if I take my personal case).

The second camp will tell you: eliminate hyperventilation by breathing less, and your health problems will disappear naturally.

It is not for nothing that the yogis controlled their breathing day and night; it is not to make pretty or organize a show at the end of the year. He wanted to eliminate all physical and psychic diseases.

While we are still at the stage of wanting to regenerate our poor tired body, the yogis are at the stage of facing their worst psychic demons; says otherwise, they manipulate their breathing to overcome the most unconscious fears.

But what to do concretely to cure chronic hyperventilation syndrome?

Well, it's straightforward: breathless (but better).

This is precisely the goal of my Intermittent Breathing method that eliminates hyperventilation by soothing your reptilian brain, the one that manages your breathing unconsciously.

You can start right now with the basic technique to normalize your breathing deeply.

Watch out for voluntary hyperventilation exercises.

Do you think that hyperventilation only affects sick people?

When it’s time to overcome stress, it is advisable to soothe your breathing to stop the hyperventilation cycle associated with stress, while some therapists encourage you to hyperventilate.

Be very careful about the exercises you are offered and systematically refuse the exercises that caused the symptoms mentioned above.

The goal is to soothe you and not stress you voluntarily and create a state of spasmophilia useless (anxiety, palpitations, cold sweats, etc.).

One last warning, do not try to manipulate your breathing by following general exercises on the Internet.

Most are more dangerous than anything else.

Use your common sense, inform yourself how to breathe better, and understand what you are doing during your exercises.

Previous article : Emotional blockage: what solution to free yourself?

Next article : How to Reduce Stress Naturally in 2021?