I had to write  a long article about this dear gentleman, Dr. Buteyko because my complete training is imbued with his philosophy and method.

However, my training is not that of Dr. Buteyko because I do not agree with some points I will detail in the course of this article.

Who is Dr. Konstantin Buteyko?

As a young graduate, he had the chance to work in a big Moscow hospital where he worked in the "respiratory problems" section. 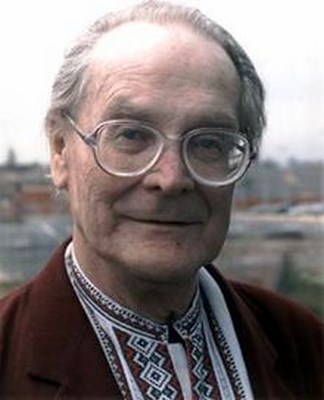 At that time, he also suffered from many health problems.

But one day, as he watched his patients, he noticed something that would positively change his life.

He observed that the closer his patients came closer to death, the sicker they were and the faster their breathing accelerated.

A flash of genius suddenly comes to him: "And if the first cause of their illness was their hyperventilation."

Several years later, this simple conclusion gave birth to the Buteyko method, which is extremely famous in Eastern Europe, particularly Russia and Siberia.

His method is also known as the "self-suffocation method" because it consists in restricting the breath to treat asthma by stopping hyperventilation attacks.

Hyperventilation, cause of all diseases?

Dr. Buteyko began to restrict his own breathing.

When I talk about restriction, it means calming her to breathe LESS. We'll see why in a few moments.

This restriction of his breath allowed him to quickly heal his own health problems, which was a form of asthma and respiratory difficulty, which was the height of it all for a doctor dealing with patients with these disorders.

Quickly, he and his team of a hundred Russian doctors began to analyze the breathing of their patients.

It was well before 1950 when modern devices did not exist yet.

Quickly, they determined that indeed a person is sick, whatever the symptom, hyperventile, that is to say that it breathes more than the norm of 6 liters of air per minute (at rest) which indicates a good breathing.

Hyperventilation is a common reaction to stress. During a stress, outside (danger) or inside (disease), the breathing managed by the reptilian brain is activated and accelerates.

Disease and stress thus, cause hyperventilation and this intensifies with the approach of death when stress becomes greater and greater.

Dr. Buteyko concluded: "It is hyperventilation that causes the degeneration of individuals."

Buteyko was already a yogi of modern times because indeed in Yoga we know that everything is linked, the body, the breath and the spirit.

This is how the Buteyko method was born.

This is simply to stop the hyperventilation by calming and restricting the volume of breathed air per minute to breathe less, but especially BETTER.

The secret of breathing

He understood that breathing had nothing to do with oxygen, which is always over-abundant in our atmosphere and even in our blood (see scientific reference in my free training).

The secret of breathing lies exactly in the effects of CO2 (oxygenation, dilation, sedation of cells).

Indeed, hyperventilation causes a phenomenon called hypocapnia, which apparently means a low concentration of CO2 in the body.

The more you hyperventilate, the more you release CO2 and you risk fainting with all the side effects of a drop in CO2: cold sweat, anxiety, tremor, cold extremities, agitation, emotions, tetany, blocking breathing, asthma etc.

By restricting the breath, you restore the concentration of CO2, thus, a good oxygenation, dilation and sedation.

Dr. Buteyko is also famous for his breath test, but especially for his interpretation.

I realized a page that’s channeled toward explaining his breath test that allows you to measure your vital energy.

The Buteyko method has been especially popular with patients suffering from asthma.

Indeed, asthma is a form of hyperventilation where the individual cannot get oxygen despite breathing at full lungs.

It is therefore sufficient to restrict his breath to normalize his CO2 and stop the attack of respiratory panic.

Surprising isn’t it? Breathe less to get oxygen 😉

For example, Buteyko's basic exercises include breathing pauses after expiration to quickly increase blood levels of CO2 for the sole purpose of stopping hyperventilation.

It is more or less like breathing in a paper bag for a few minutes to reabsorb the expired CO2.

Immediate effect on a panic attack for example.

Dangers of the Buteyko protocol

I trained at length applying all his protocol with several international coaches.

I followed an individualized coaching with each of them to improve on my own breathing, and to observe their way of proceeding.

Surprisingly, most of them had completely different approaches with only one thing in common, the restriction of the breath.

However, you should be wary of strict protocols that "impose," for example, a particular diet or a non-individualized protocol.

For example, Buteyko advocated a flexible vegan diet (which allows meat from time to time).

Some coaches are engulfed and recommend to all their "customers" a strictly vegan diet.

I do not question animal suffering, but abstaining from animal products can be catastrophic for some people to say the least, even if they begin to normalize their breathing.

The transition from a carnivore diet to a flexible vegan diet takes time for the mind and the body.

Why? Because animal products has been known to generate a lot of CO2 for the body (oxygenation, dilation and sedation).

99% of people are hyperventilent today (take the Buteyko test) and eliminate a lot of CO2.

Fruits and vegetables are not enough to normalize the level of CO2, and it is your adrenal glands that will come to rectify the situation by producing bicarbonate (equivalent of CO2).

In the medium term, it is the burn-out of the endocrine system!

At this stage, even breathing exercises are not enough to standardize CO2, products from animals are mandatory.

You can obviously eat eggs or milk if you are a vegetarian, but strict veganism is an endocrine (adrenal) suicide (if you don't breathe perfectly).

I close the parenthesis 😉

Also, you have to be very careful because some Buteyko breathing exercises are often too extreme.

Some coaches push their client to exceed their limit.

I am AGAINST this type of coaching which stresses and I strongly recommend a more yogic approach, which consists of respecting your limits and always placing you below at 80%.

This allows you to progress, and to push your limits, but without creating physiological stress.

My online training on breathing

Buteyko was a real master of breathing and he has all my respect.

But you must stay alert to the breath therapists (me included).

As I teach in my coaching, your one and only master must always be YOURSELF (your body).

You can possibly follow a coaching, but always trust your feelings, it will never deceive you.

Buteyko was right at least on one thing; to calm his breathing, he had to calm the body and the mind.

Well before him, thousands of years before our existence, yogis and great spiritual masters had already observed that breathing was not only related to the body, but also to the spirit.

If you read some spiritual texts, you will read thousands of times statements of the style: "Calm breathing leads to a calm mind," "Breath is the link between body and mind," etc.

Reading it is good, but experimenting is better!

Not only did I learn the Buteyko method for asthma, but I also trained for 10 years in Hatha Yoga and Taoism.

I put everything in a blender, I mixed, and I passed the mixture in the strainer to filter what does not work and keep only what really works.

This gave me a method that I called intermittent breathing, which is how to successfully breathe well on a daily basis.

Of course, it will be a matter of calming your breath, but it involves much more than you can actually imagine.

All this is to improve on your breathing in order for you to live in a perfect shape and in peace!

Anyway, if you like the protocol, the Buteyko philosophy, you will love my training which is strongly impregnated (but my method is not the Buteyko method).

I suggest that you start to read my ultimate guide to learn how to breathe again.

You will already have a glimpse of the healing power of breathing.

Previous article : How to increase the production of white blood cells?

Next article : How to learn to let go?