How to overcome sickly shyness?

Shyness, what a burden to wear every day! And then this fear and social anxiety can have varying intensities ... Those who suffer from a small occasional gene in certain situations, nothing very annoying! But when shyness becomes unhealthy to the point of being afraid to leave home and talk to people (social phobia and fear of others), then we must quickly find an effective solution to that. 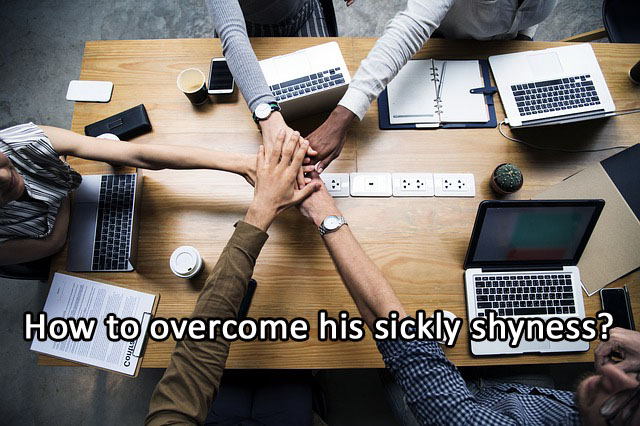 In this article, I will explain exactly how to overcome his sickly shyness in order to stop being blocked and embarrassed in certain situations of everyday life.

Overcoming shyness in seduction or at work?

First, there are two main types of shyness. In truth, the two are very close together as we will see very soon, but let's see in which area you are least comfortable.

First, there is social shyness called social anxiety or fear of others. If its intensity is at maximum, we will even talk about social phobia. Depending on the intensity, this is characterized by the fear of speaking in public, the fear of talking to strangers and sometimes even the fear of leaving the house or being in a crowd.

This shyness obviously affects the professional career of the individual because he cannot fully express his full potential at work! What a mess because it is often an essential element to the group, but his shyness blocks him completely.

And secondly, there is this form of shyness that is called sexual shyness. Here it is very simple, the person is blocked and oppressed by many negative emotions when he approaches the opposite sex.

If you are a man, you will be afraid to talk to a woman, to seduce her and worse, you will be completely stuck in bed, which can lead to problems of impotence. This generates great suffering for the shy person, who will be frustrated at not being able to fully experience his sexuality.

If you are a woman, you will be afraid to talk to a seductive man that pleases you and in bed, you will be shy and sexually blocked, so-called frigid.

From the point of view of a Yoga therapist, these two forms of shyness correspond to a blockage at the level of the two chakras of the base. A chakra is an endocrine gland that manages the energy of the nervous system.

How to stop being shy?

If you are shy, you clearly have an emotional blockage in these two basic chakras, adrenal glands and gonads. These emotional blockages are simply fears and negative emotions that are blocked. This is often related to your past and past experiences.

And what is the solution to stop being shy? How to overcome extreme or slight morbidity? Well, it's very simple from the point of view of Yoga, you just have to unlock these two chakras!

How to do? Well, these two chakras are connected directly to your reptilian animal brain. This is your unconscious brain that manages your entire body. In general, the shy person is like a scared little animal that has no chance of survival in a violent and chaotic world like ours.

Thus, the shy person must clean his unconscious brain of emotional blockages to externalize his negative emotions and eventually defeat his fears.

All your fears, all your shyness, your entire gene and your shame take root in your unconsciousness. By cleansing your reptilian brain, you eliminate your fears directly and you find an emotional lightness that may surprise you. You will not be afraid in public or even with the opposite sex. You will regain all your lost confidence in you!

I would say you're lucky I created a breathing method to control and clean your reptilian brain so as to stop being shy.

Previous article : How to overcome the fear of public speaking?

Next article : How to overcome fear in 3 steps?