The symptoms of depression are numerous to mention.

In addition, they depend greatly on the intensity of it.

From light blues to deep and intense inner pain, feelings and experiences can vary greatly.

To understand the symptoms of a depression at the psychic level, but also at the physical level it is necessary to understand at least a minimum of the functioning of the body.

Before I explain how I did to eliminate all the symptoms of depression, I will not offer you a course in physics/chemistry/biology/advanced physiology, but I will describe just what happens in the human body.

Oftentimes, things are usually complicated when they are really very simple.

To begin, let's see what a depression refers to. We can see it from several angles.

First, the word "depression" indicates the opposite meaning of the word "pressure."

Rather than having internal pressure, we experience internal depression.

When we live in depression, we clearly lack an element that puts pressure on us.

We will see what it is later.

Then, the word depression also determines a meteorological situation where by an area is of lower atmospheric pressure than the surrounding environment.

This often announces the formation of a cyclone, a storm.

One could almost make the parallel with the storm of inner suffering because that is how most depressives live their psychological situation.

Also, when we have depression, we are clearly in an area (individual) of lower pressure than the surrounding environment (society). 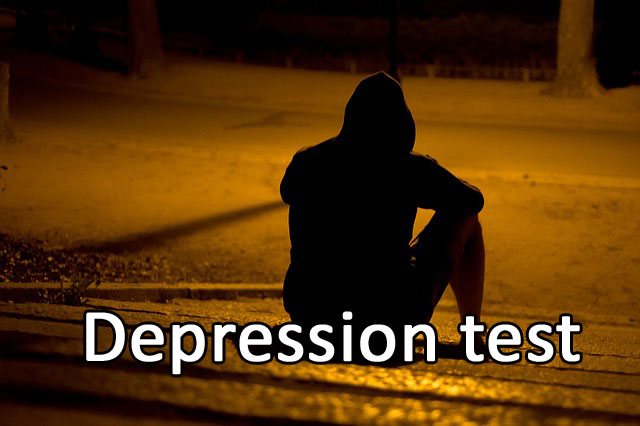 Pressure: the element in imbalance for the depressive

A depressed person is physiologically in a state of total imbalance.

There is a presence of a great lack of pressure.

Be careful, it is not about the pressure and stress that can be experienced in our everyday life.

It is actually an atmospheric pressure that is imbalanced in the body.

Two variables are measured in Torr in the body.

Torr or mmHg (millimeter of mercury) is a unit measurement of atmospheric pressure.

These two variables are oxygen and carbon dioxide, O2 and CO2.

The O2 and CO2 variables regulated by the breathing process are what keep us alive every second.

Stop breathing for a few minutes and death follows next.

Physiologically speaking, depression is nothing more than an atmospheric pressure imbalance of the oxygen and CO2 couple in the body.

This imbalance takes place throughout the body: at the level of pulmonary alveoli, blood level, but also at the cellular level.

That's what depression really is.

To return to the symptoms of the depressive state, it is enough to understand the stake of the couple O2 and CO2 of the breathing.

Breathing simply brings us Life, which is also what we call vital energy. Indeed, for our billions of cells to function normally, they require constantly, second after second, breath after breath, a good PRESSURE in oxygen, but also in CO2.

The symptoms of depression are ultimately linked to a lack of energy, and a drop in atmospheric pressure CO2/O2, in short, an energy depression.

When energy is no longer there and when your cells cannot produce vital energy for lack of atmospheric pressure in CO2 and O2, otherwise known as bad breathing, the list of symptoms can get longer easily.

Physically, the lack of vital energy will lead to fatigue:

- Malfunction of organs.
- Poor digestion or slow / heavy digestion.
- Skin problems.
- General and chronic fatigue.
- Lack of radiance in the eyes.
- Disappearance of the smile.
- Lack of desire to act, to move, to activate.
- Low libido.
- Erection problems.

Psychically, the energy pressure drop will cause a big inner vacuum:

These are the main symptoms of nervous psychic depression which is ultimately a drop in energy pressure due to a pressure imbalance of O2 and CO2.

The above symptoms may vary in intensity depending on the magnitude of the imbalance.

How to eliminate all this inner malaise (physical and psychic)?

The day I realized that my depression was simply as a lack of atmospheric pressure in O2 and CO2 in my body, my life completely changed for good.

You easily understand that the obvious solution is to put back pressure, i.e. internal energy!

As I explained to you on the page "how to cure depression naturally," it will go through the winning trilogy: the state of mind, the food, but above all the breathing that acts directly on the pressure of the oxygen and CO2 positively if you breathe well or in a negative way if you breathe poorly.

Eliminating all this inner discomfort whether physical or psychic was a very simple task I had to achieve.

I based myself from start to finish on an energy test that allowed me to check my oxygen and CO2 pressure.

When I passed the 25-second test score, all my depression symptoms disappeared because I had enough pressure (energy) back.

You will see, it's simple!

The Energy TEST of depression

This test is absolutely revolutionary.

It was developed in the 1950's by a Ukrainian doctor of physiology named Konstantin Buteyko, creator of the Buteyko method.

He and his team of about 100 doctors discovered that this test was able to measure the CO2 pressure in the whole human body (lungs, blood, cells).

Why measure only CO2 pressure? It is very simple!

The oxygen pressure is maximum in the lungs and blood.

It can be checked with an oximeter that measures the oxygen saturation in the blood.

Whether you are sick or in perfect health, depressed or happy, young or old, beautiful or ugly, rich or poor, stressed or soothed, the oxygen saturation in the blood will always be 95% to 99%, almost at the maximum! On the other hand, the CO2 pressure varies CONSTANTLY in the lungs, in the blood and in the cells.

Breath after breath, the CO2 atmospheric pressure in the body is regulated by breathing.

Indeed, the physiological and medical standard indicates a CO2 pressure of about 40 mmHg (Torr).

That's 40 seconds to the test that you'll be doing soon.

Dr. Buteyko said that "below 40 seconds on the test, life is lived in suffering."

Indeed, if it lacks the energy pressure (CO2) in the body, then it is the physical and psychic depression.

Suffering follows naturally with all the symptoms we have seen above.

Let's do the depression test now.

Sit in a quiet and comfortable place with your back straight.

Watch your breath for a minute without trying to change it.

At the same time, you will start a stopwatch to measure your apnea time.

Be careful, however, you must stop the timer FIRST SIGN of discomfort.

You do not have to force yourself to perform, but spot the first sign where you feel the desire to inspire again.

Stop the clock at this moment and inhale again.

Your inspiration should not be more intense and deep than before, otherwise you have forced too much.

As we have seen earlier, the physiological and medical standard is 40 seconds.

Below, this indicates a pressure imbalance in your breathing, which is otherwise a lack of CO2 atmospheric pressure.

The closer your score is to 0, the more physically and psychologically depressed you are.

These are the conclusions and observations of Buteyko and his Russian medical team for tens of years and tens of thousands of patients!

Specifically, the first time I did the test, my score was 9 seconds (the norm is 40).

As much to tell you that at this level, I experimented on all the symptoms relating to nervous breakdown which I quoted above.

As Dr. Buteyko says, my life was REALLY lived in suffering ...

Then, I changed my diet, my state of mind and ESPECIALLY my breathing.

From that moment onwards, ALL my symptoms of depression disappeared almost to leave only a very slight background of anxiety, but this one did not prevent to feel again the joy, the happiness, the Life, the peace, serenity, etc. I was a new man!

I did not stop so well and I still continue till today to refine my breathing in order to increase my score on the CO2 pressure test.

Admittedly, there is the modern medical physiological standard of 40 seconds, but there is also the Russian norm, the one set by Dr. Buteyko and his team which according to them corresponds to a state of perfect physical and mental health: 60 seconds to the test.

What is your score for you?

Discover now the cause of your depression, the actual cause of a lack of CO2 atmospheric pressure in the body to understand why you got there and how to get out of trouble!

I also advise you to follow this breathing ultimate guide to learn how to breathe, which will help you overcome your depression and anxiety.

Previous article : How to overcome a depressive state without medication?

Next article : How to overcome a nervous breakdown?